Melbourne Streetscapes (click on the image to see gallery)

These images are from an ongoing series of work exploring an abstracted narrative of inner-city streets. Collecting traces of humanity that are represented through the absence of the human form, but whose presence is suggested by the subject matter. I am seeking to celebrate the elaborate detail and the aesthetic of the inner-city. Documenting artefacts of desire dressed in shop front windows, cafes and restaurants waiting for patrons, tools of trade telling stories of professions, and voices of societal subgroups.

A central theme to my approach is exploring the space between figurative and abstract forms of inner-city streets. Where the elements of the image are recognisable, but they are presented in ways that suspend them from their location. The aim is to engage with the abstract forms inherent in the everyday, but not lose the connection with the context and environment in which they exist. Where a scene is identifiable, but not necessarily recognisable as a particular place, allowing the viewer to locate the scene within their own collection of experiences.

This approach has parallels with what Costello refers to as ‘proto abstraction’.

“Proto abstraction typically depicts recognizable objects, but framed or lit in such a way as to draw attention, when photographed, to the resulting image’s design properties. This is achieved by a combination of bold and simplified gestalts, unusual points of view, strong lighting, close ups and other crops that direct attention to visual patterning in the image.” (Costello 2008)

My work has been influenced by the French photographer Atget who worked the city streets of Paris back in the very early 1900’s. Harry Callahan’s street photography and exploration of the abstract was also a key influence. 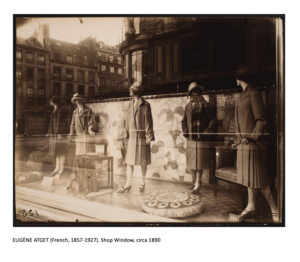 The work has been collected from the inner-city streets of Melbourne. These images are single-frame photographs taken on medium format B&W film. The multiple image layering is achieved through the use of window reflections, careful positioning of the photographer’s body as a non-reflective surface to cut through the reflective layers, and selective positioning of the camera frame. I prefer to work in a manner where the core elements of the image are visualised and finalised at the time of image capture.

These images were taken before COVID-19; however, viewing them now within the COVID experience, the images take on an additional resonance. Images from the past projecting what might have seemed at the time, a very unlikely future. 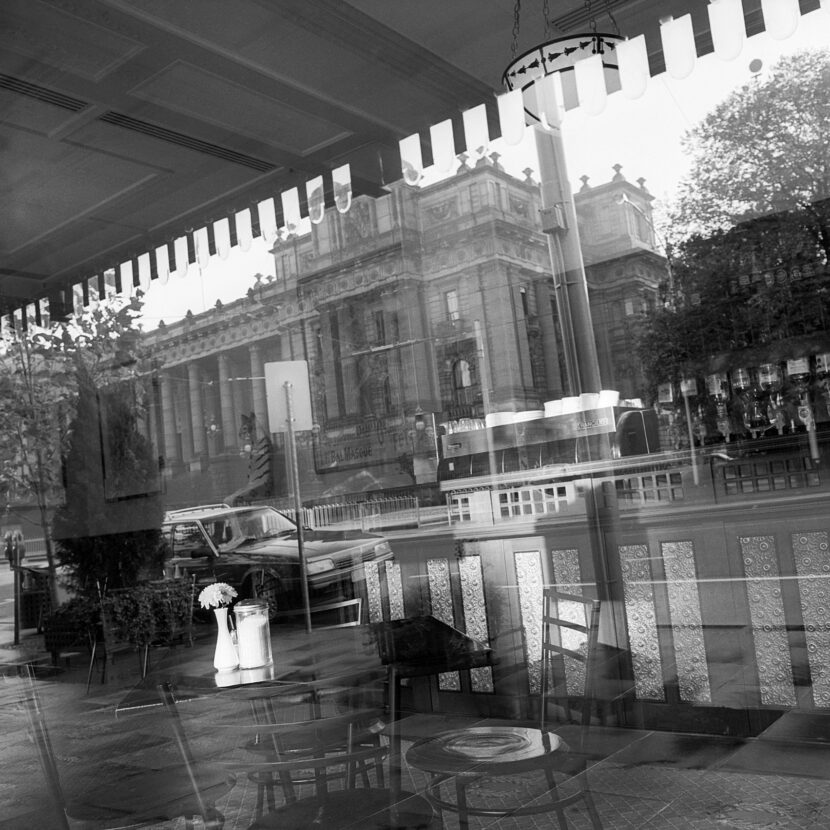 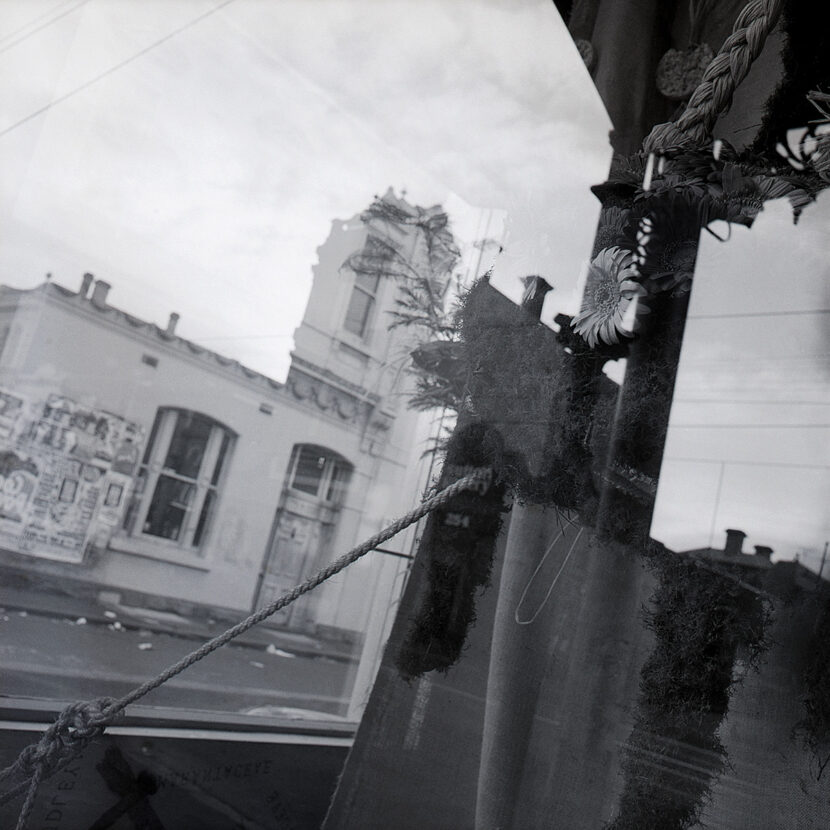 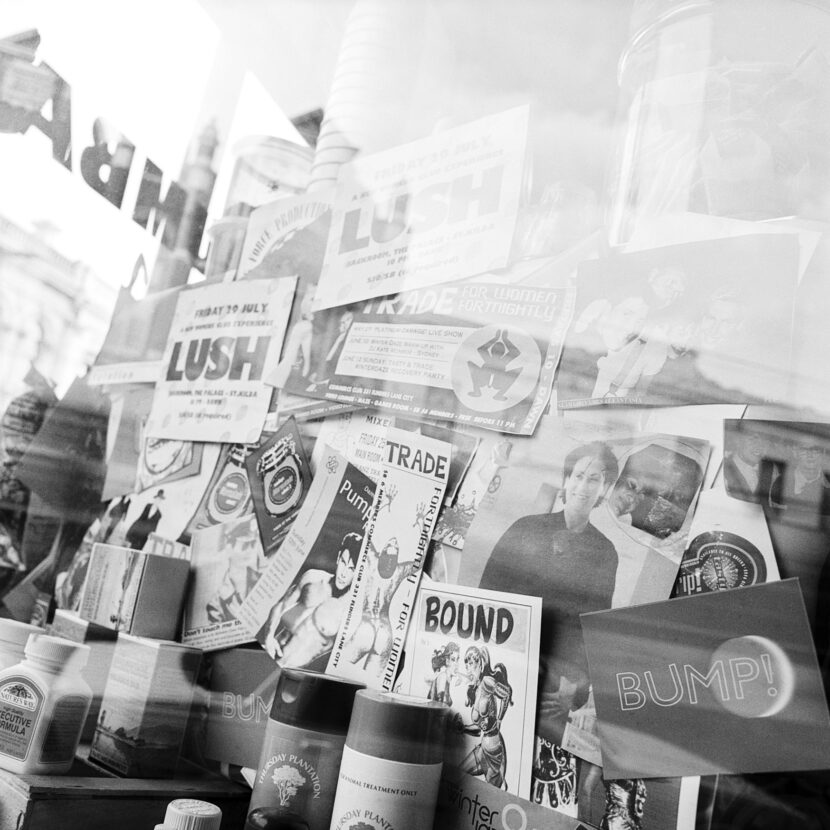 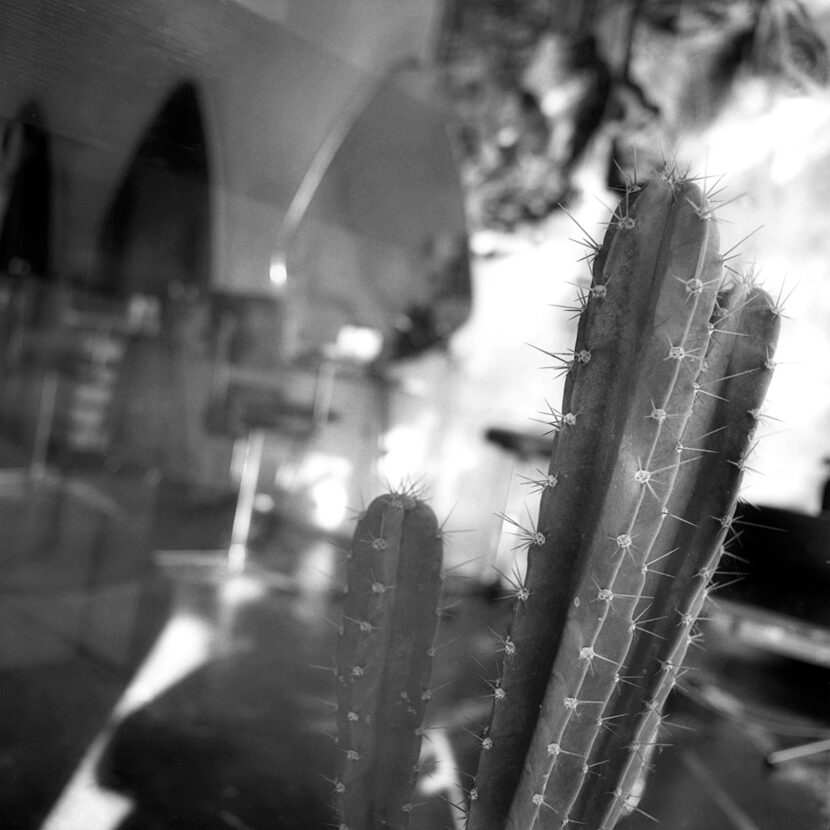 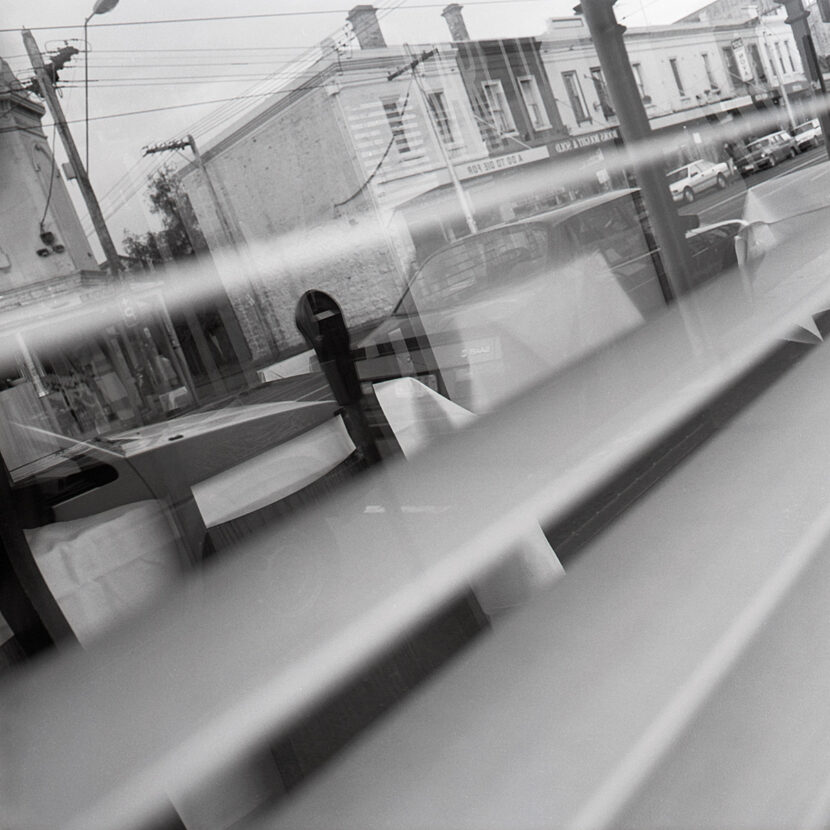 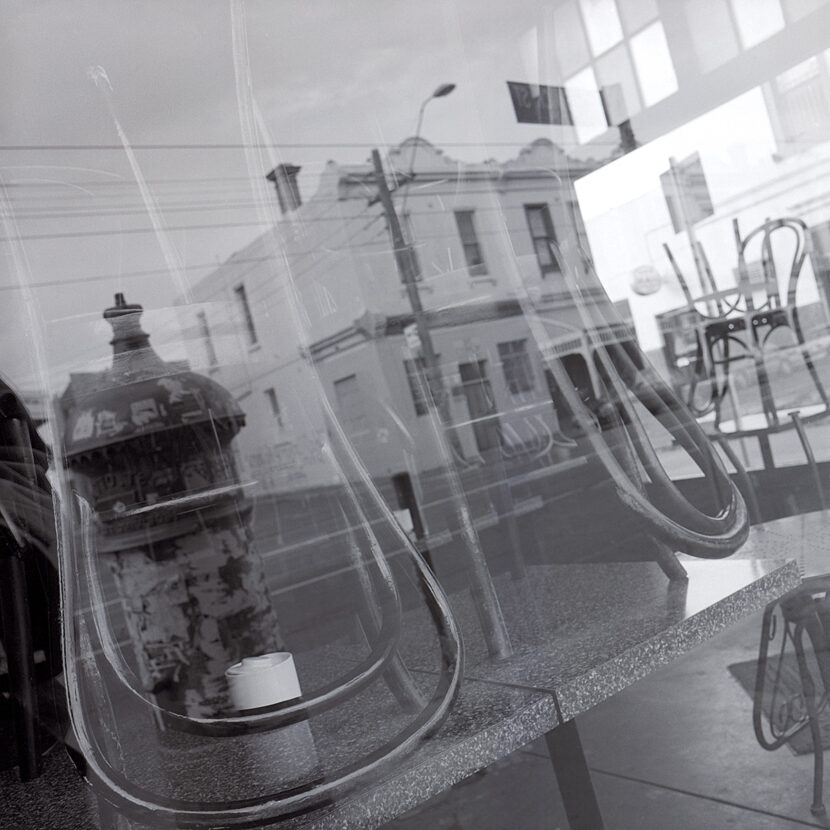 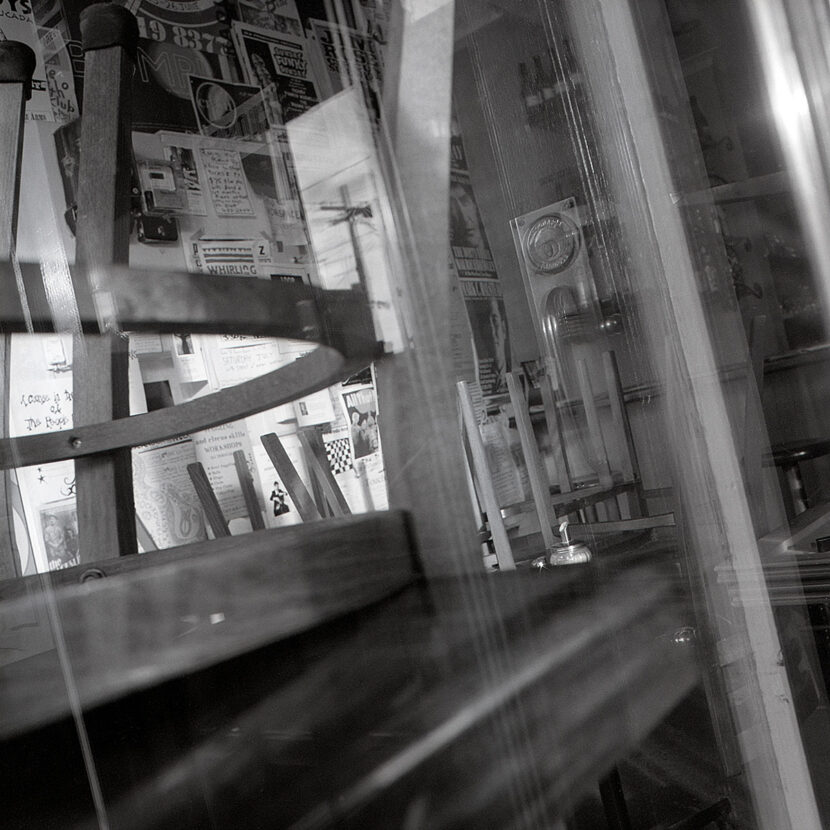 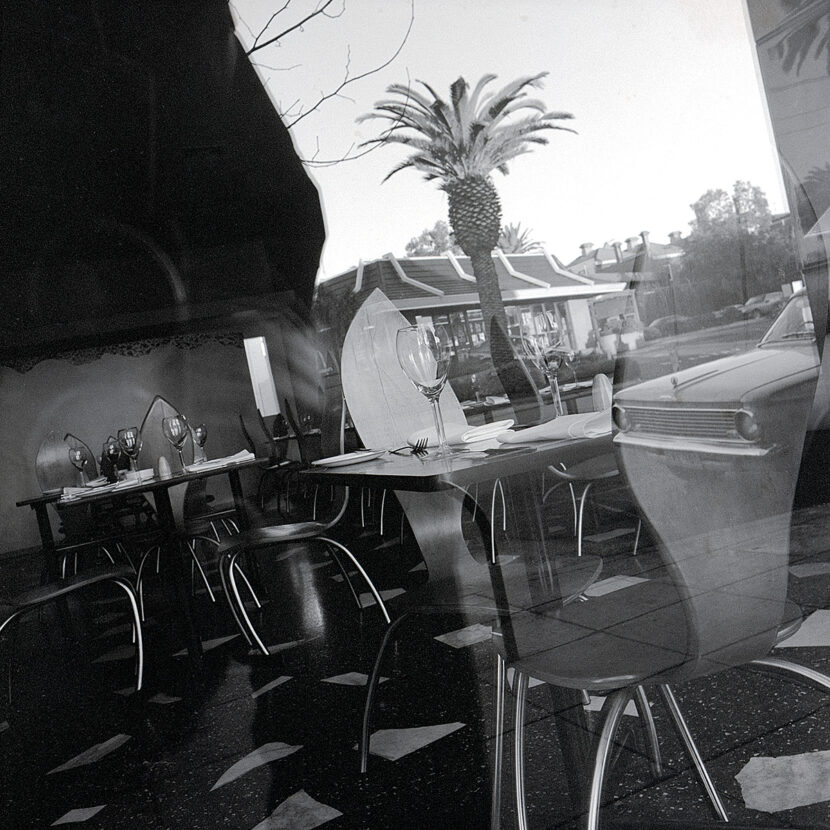 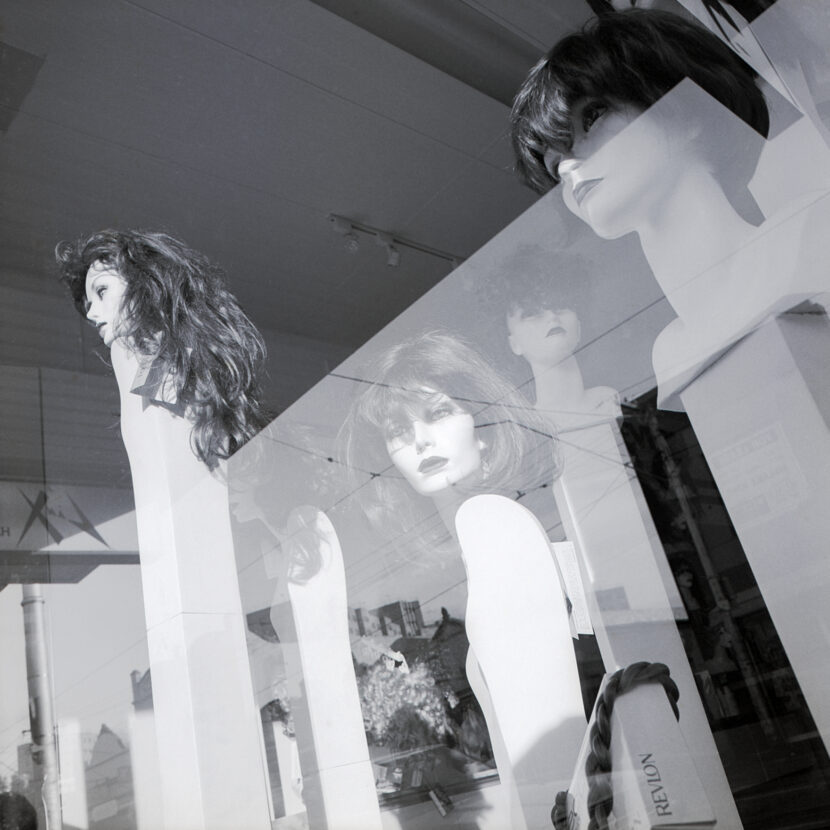 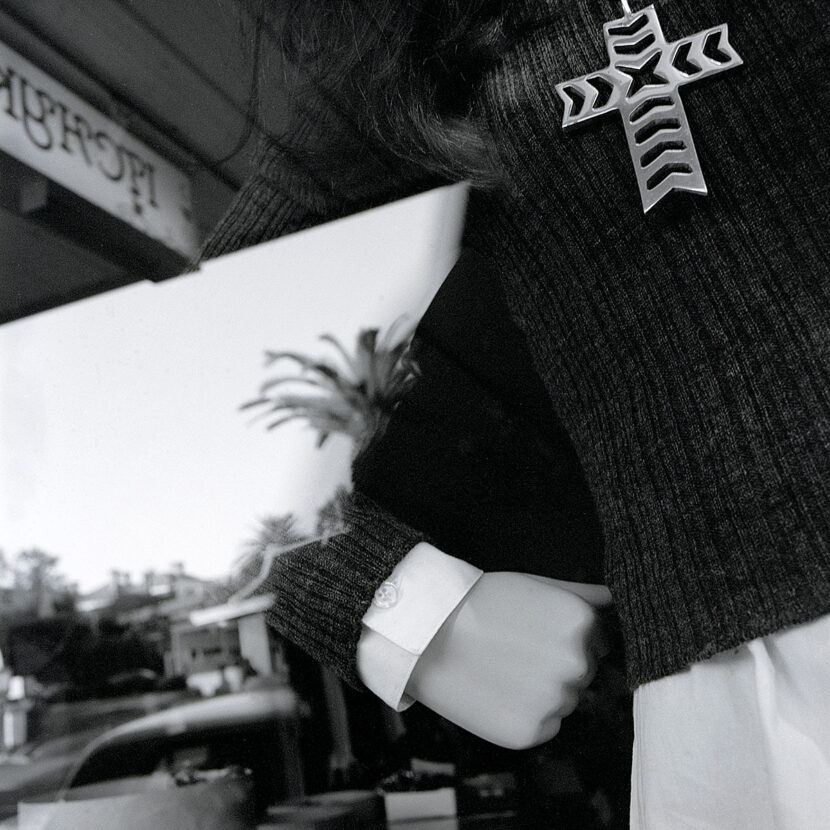 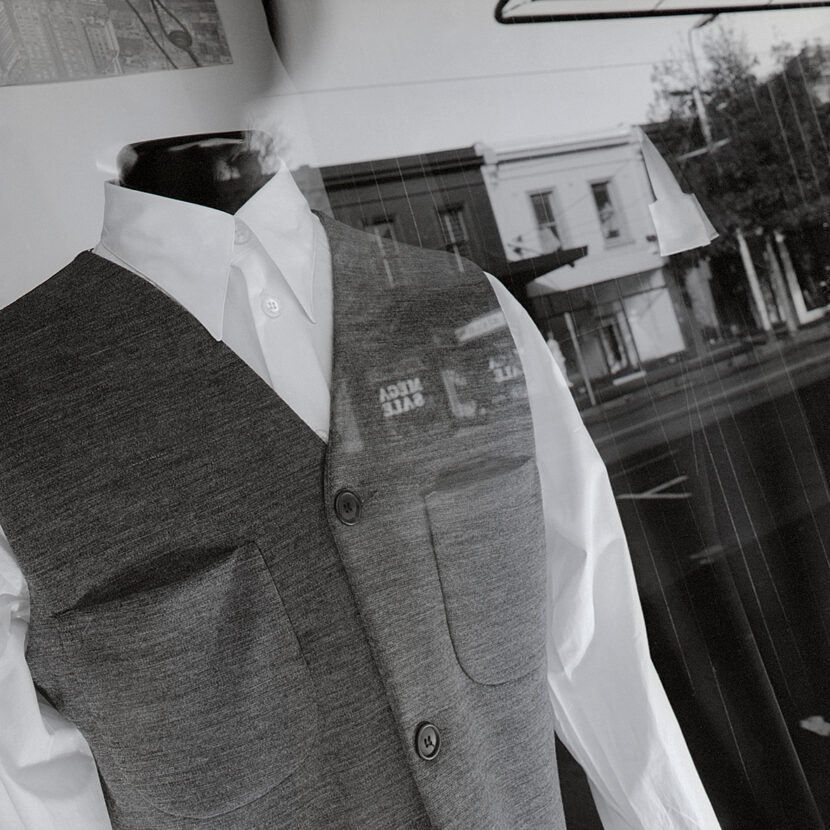 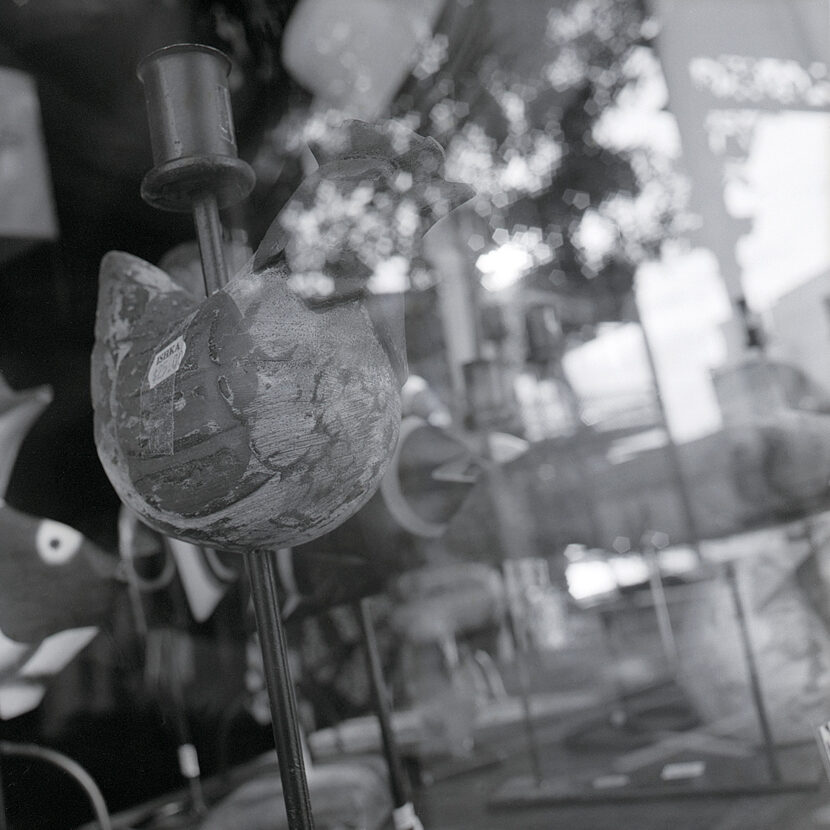 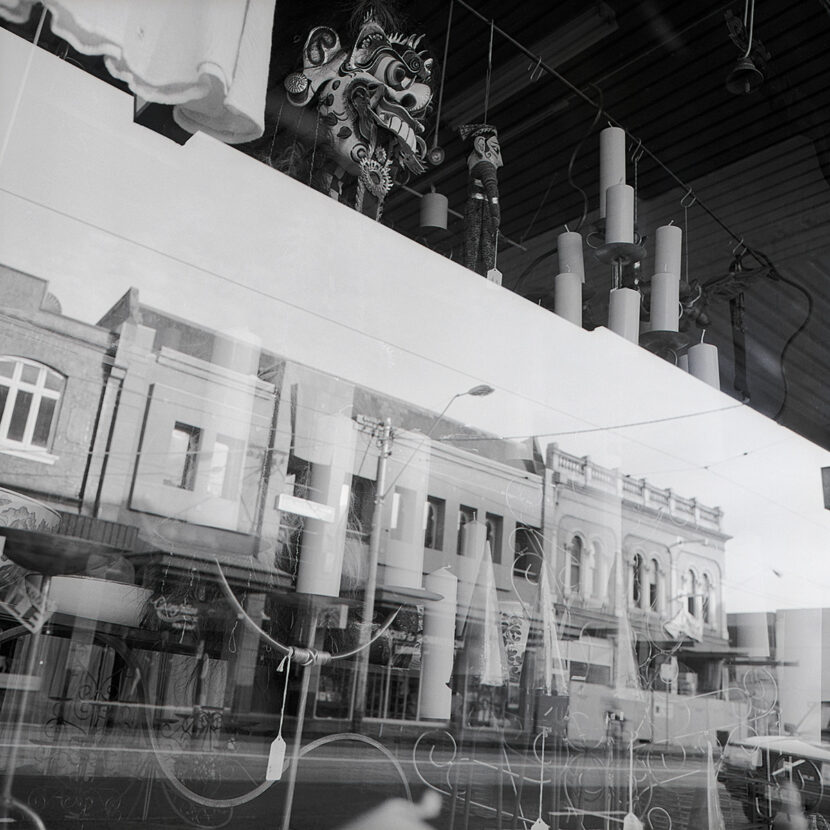 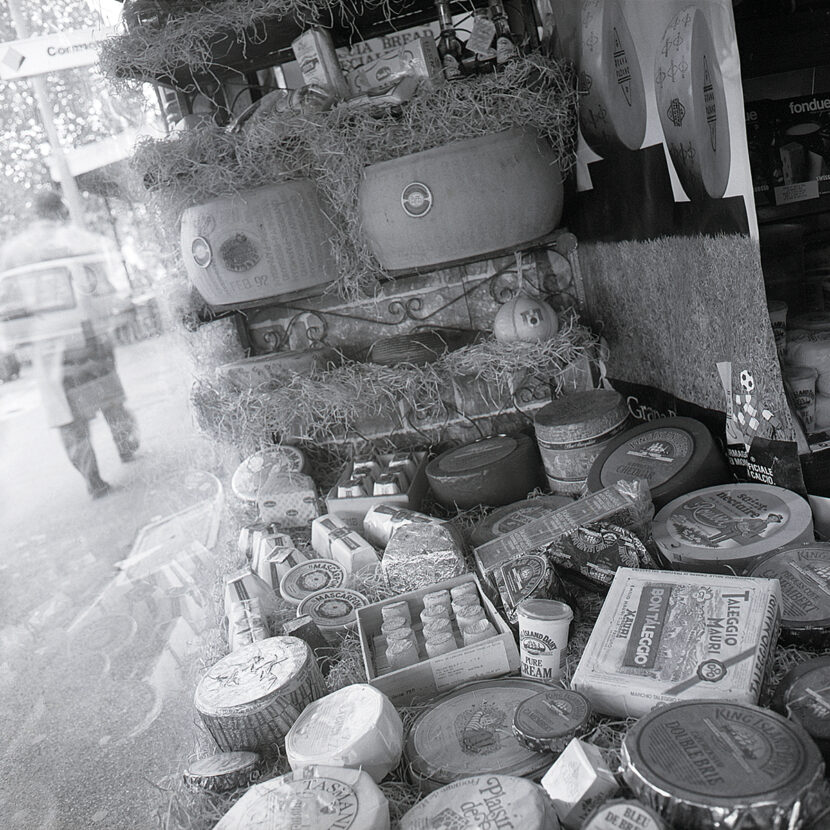 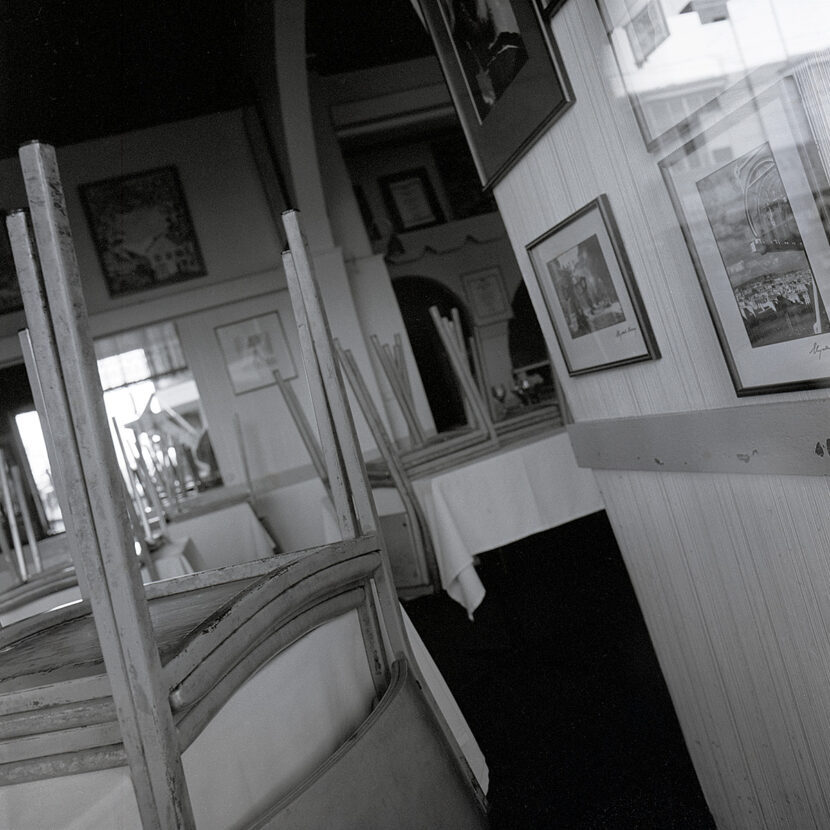 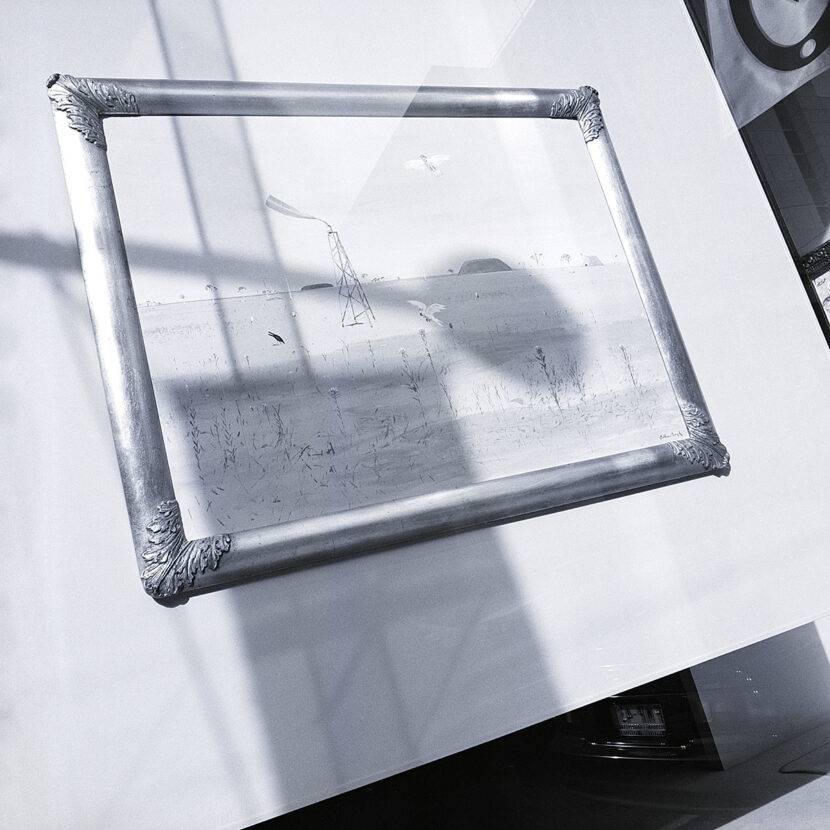 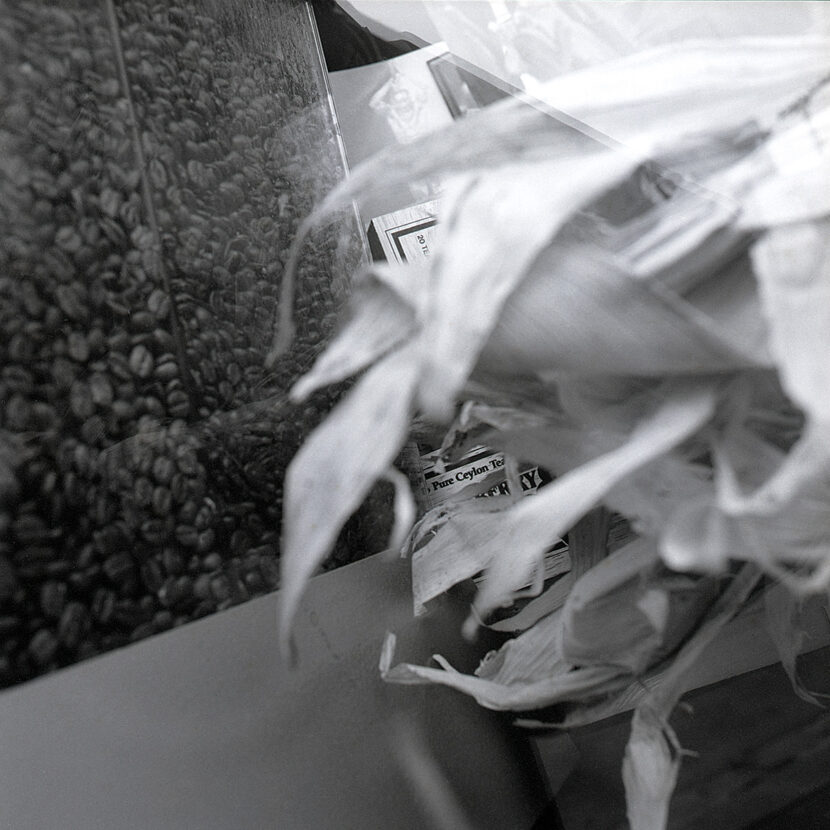 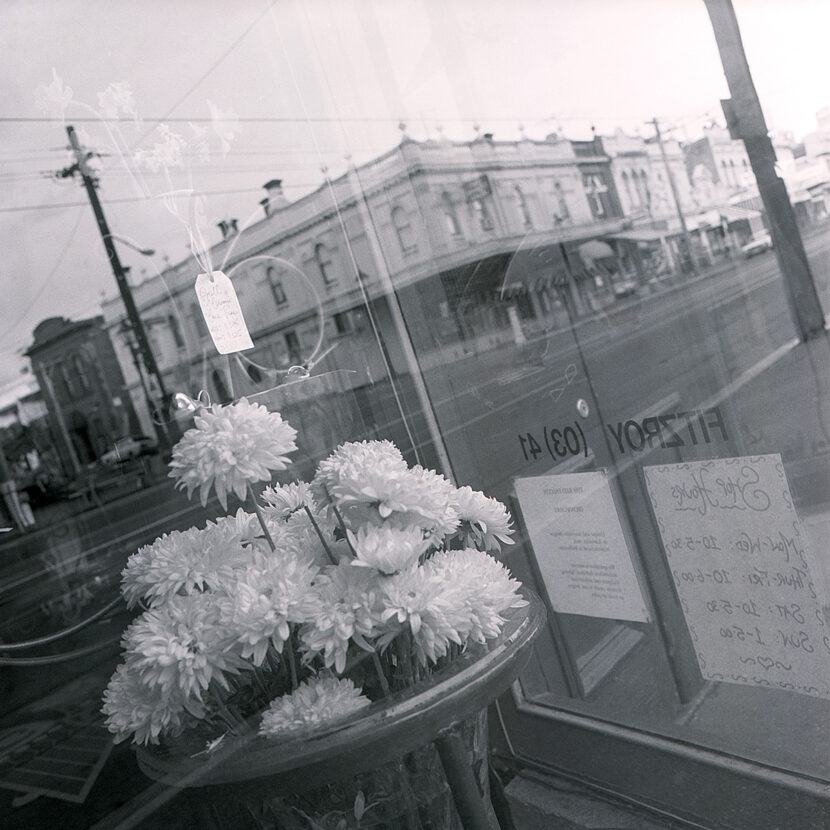